Judy thinks she will have no problem beating her sister Sophie in a fight. First she challenges her to an arm wrestling contest to see who is
the strongest sister. Next they remove their shirts and do bare ed battle in the office exchanging fierce belly punches to each others
tender bellies. Judy is knocked to the floor at sophies's feet and they decide to cintinue this unsettled battle in the ring. Entering the
ring wearing nothing but sheer to waist pantyhose, the sisters battle it out belly punching,wrestling, scissoring, tit squeezing and
stifleing until the younger sister Judy proves to be no match for her older sibling. Beaten and humiliated she is pressed to worship Sophie's
sweaty pantyhosed feet and admit who is tougher. Moral of the fight don't fuck with your older sister.
Judy 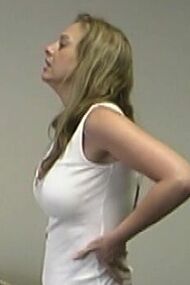 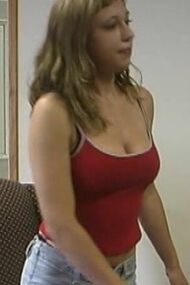