Melanie is lean, mean and ready for hostilities. lona's pretty face and full figure mask a fighting disposition that's anything but feminine and proper . They collide in a topless, submissions-only match in which sparks aren't the only things that fly .Clothing, hair and wrestling rules go with them! Melanie takes dead aim at the lovely big melons on lona's chest. Melanie shows her fighting savy with some wicked hair-pulling. But lona roars back with stinging slaps and powerful punches. Each attacks where the other's most vulnerable -breasts and crotch. The end comes only after a long, bitter struggle, and it's accomplished with as cruel a hold as one female can apply to another! 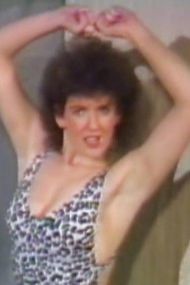 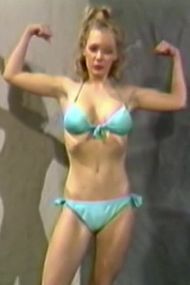 Tit for Tat starts with attractive Carina giving pretty April a relaxing body massage. But Carina's hands become too intimate; April jumps from the massage table and nearly removes all the hair from Carina's scalp. Carina strikes back and the fight is on! Among other things, you'll witness one of the wickedest breast- to-breast bear hugs ever applied! This brawl will delight those who prefer their catfighting on the down and dirty side! 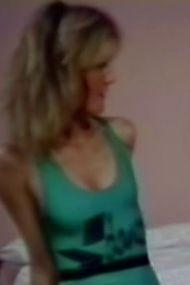 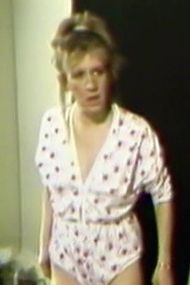